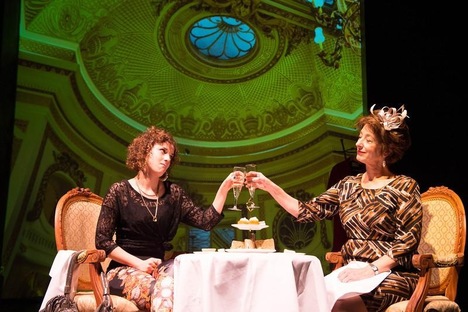 Forty five years of respectable marriage should have prepared Joyce for respectable widowhood. She, however, has other ideas. For years she has done her domestic duty – played the part her husband, mother, father and daughter thought appropriate. Now she is free and her eyes open to a whole new world of possibilities…

‘Every day for the last forty five years I’ve worn a mask. You won’t have noticed. But one day it started to chip…’

First produced at the Hampstead Theatre on 29th November 2012, directed by Terry Johnson.

It ran until January 2013 and currently holds the record for being Hampstead Theatre’s highest grossing show.

For information on the Hampstead Theatre production click here

The play is published by Oberon Books and you can buy it on Amazon or here.

For the German rights contact click here
‘This fine new comedy, by turns hilarious, dark and moving, finds Maureen Lipman giving one of the finest performances of her career...'
Charles Spencer - Daily Telegraph  Click for more

'In an extraordinary monologue near the end of 'Old Money', Joyce  describes seeing bits of her face floating in a bowl of soup. Following her husband's death, Joyce's suffocating 'mask' of motherhood is finally beginning to shred.. And just as Joyce gets a fresh lease of life in Sarah Wooley's excellent new comedy, so too does Maureen Lipman in a revelatory performance...'
Miriam Gillinson - Time Out   Click for more

'Wooley makes the point, very effectively, about the belated urge to compensate for the unlived life and the failure of families to communicate with each other...’
Michael Billington -The Guardian  Click for more

‘Wooley’s writing is pleasingly sensitive to the peculiar strains of modern-day family life, where grandparents are a vital source of childcare, as well as loans to grown-up children. Tracy-Ann Oberman makes Joyce’s harried 42-year-old daughter Fiona, saddled with a solipsistic failed musician of a husband, convincingly vehement about the propriety of her own claims on her mother’s time and resources. I must admit that I was rooting for her but I suspect that my mother would have been cheering in a very different direction.’
Fiona Mountford - The Evening Standard 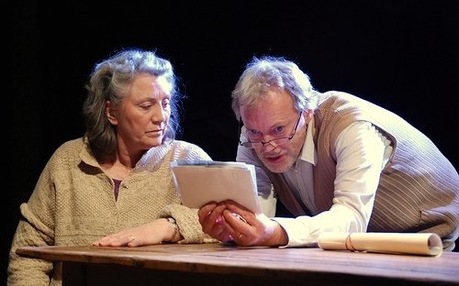 They Have Oak Trees in North Carolina

Twenty-two years later a good looking American arrives in their small English Village claiming to be their boy. Can this man really be their missing child or is he an imposter? And what long buried secrets will have to be revealed in order to prove his true identity?

First produced at the Tristan Bates Theatre in 2007 in a co-production with Theatre503. Directed by Paul Robinson.

Subsequently adapted for Radio 4, in 2008. Directed and produced by Gaynor McFarlane. Click here for further information on the radio production.

First produced in the US by the Little Lake Theatre, Pittsburgh, Pennsylvania. Directed by Sunny Disney Fitchett

'Janet Amsden’s performance as the love-starved and almost childlike Eileen is remarkable, while Hilton McRae and Simon Harrison also put in fine turns, as doubting father and returning son respectively. Staged simply but effectively and replete with real trees, the play’s greatest achievement is that it confounds expectations - what starts off as a study in family politics, reveals itself as an engaging and well-plotted thriller, as the blanks of the stranger’s past are slowly filled in.'

Under the Concrete, Waiting

Rachel has a new job. It’s in the factory where her mother and older sister work. It’s where all the women work. But not the men. Because the men don’t work where Rachel lives. One day a girl in the factory is murdered. Her body found, laid out in the road for all to see. Then another woman vanishes. Something is happening in Rachel’s town. Something between the women and the men.

‘We’re packers of biscuits, wrappers of tea, makers of Christmas and Easter. We used to be farmers, miners, weavers but that was all before…before the concrete.’

First performed as a reading at the National Theatre Studio in 2003 directed by Paul Miller.

It was subsequently given a new production by the 3rd year Acting students at ALRA in 2012 it was directed by Paul Robinson.

To enquire about a copy of the play and for performance rights please contact ikenna@independenttalent.com

For initial enquiries regarding staging 'Under the Concrete, Waiting' please email
bigltexas@yahoo.com