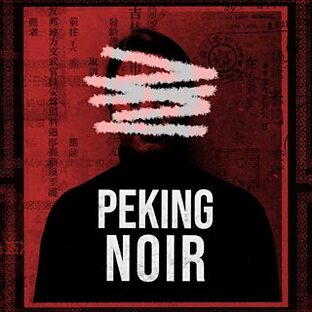 So we're using drama, written by Sarah Wooley, to conjure and join the dots of Shura’s story, and go in search of a lost life and a forgotten world. The search will take us from a Russian far east in violent revolution, to the chaos of the mass emigration of the White Russians, to the crowded hutongs of Peking; from that city’s nightclubs and cabarets, to the casinos of Shanghai; from a China wracked by rampaging warlordism, invaded by Japan, and then fighting its own civil war that culminated in its own revolution. Shura saw it all; Shura lived through it all; Shura, in part, explains it all. 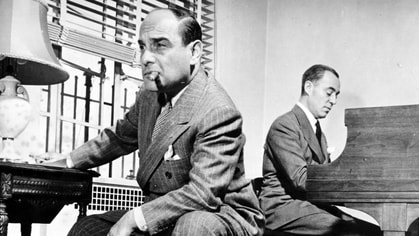 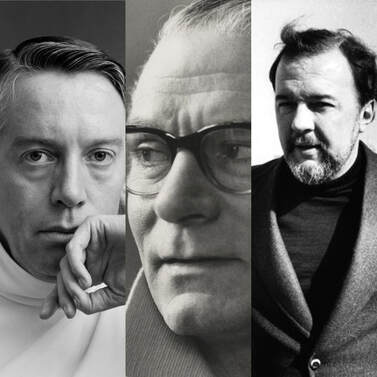 Politics and theatre do battle as the National's first Artistic Director, Sir Laurence Olivier, and his lieutenant Kenneth Tynan fight to establish a successful National Theatre.

With all the intensity of life back-stage, the theatre world itself can make for good drama, and writer Sarah Wooley has created one here, bringing to life the personalities and the power struggles that attended the opening of the National Theatre in 1963. No relationship was more key to the project’s success that that between founding artistic director Laurence Olivier (a suitably testy Robert Glenister) and his dramaturg Kenneth Tynan, (played by John Heffenan), and it’s captured in all its tension.  Radio Times 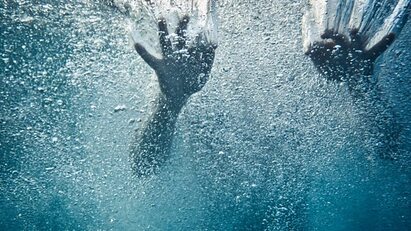 A gripping drama with its origins in American political history adapted from the Pulitzer-nominated novel.

Young political writer, Kelly, is staying with friends on an island off the coast of Maine for a Fourth of July party. She is surprised and delighted when a famous US Senator arrives and, over the course of an afternoon of drinking, talking and tennis, she captivates him.

The two leave in the evening to catch the last ferry, to have dinner and spend the night together. But something goes terribly wrong.

Sarah Wooley's adaptation of Joyce Carol Oates's novella Black Water was a richly atmospheric throwback to an era when intelligent young women were expected to simper and pout in the presence of powerful men. Loosely based on the Chappaquiddick incident of 1969 - when a car driven by Edward Kennedy crashed into a lagoon in Massachusetts, killing his passenger, Mary Jo Kopechne - the drama slipped back and forth between scenes of a cocktail party seduction and the dying thoughts of the victim trapped underwater. A senseless tragedy dissected with icy restraint.  Clive Davies - The Times. 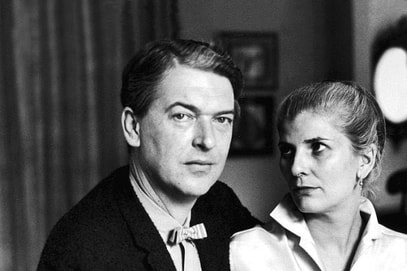 'Festival' was broadcast on BBC Radio 4 on Tuesday 31st July at 2.15pm, and is now available on iplayer here

In 1962, novelist Elizabeth Jane Howard took on the job of running the Cheltenham Literary Festival. It was to be a baptism of fire.

Festival is pick of the day in The Times and The Daily Mail.

‘This dramatisation of the moment when Howard took over the running of the Cheltenham Literary Festival is excellent fun. Not only is it written by Sarah Wooley, but Howard offers splendid material.’   Catherine Nixey. The Times. 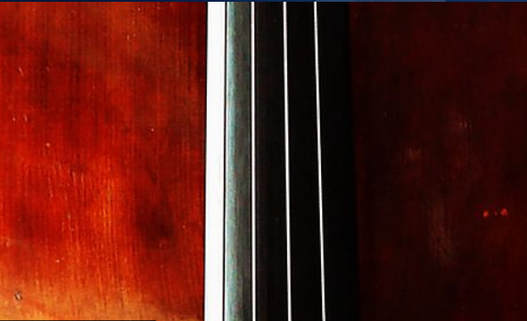 'A new comedy drama series about the exploits - musical and otherwise - of a string quartet.' 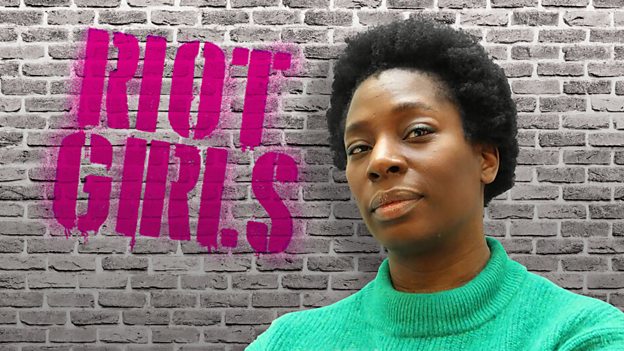 ​"Smart and sharp" Gillian Reynolds in the Times. Click for full review 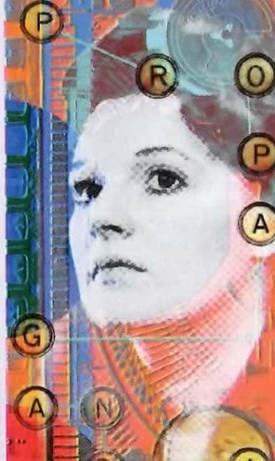 During the Second World War, the young Muriel Spark worked in the British 'Black Propaganda' Department of MI6. Her job was to produce what she called 'a tangled mixture of damaging lies, flattering and plausible truths'.

​Sarah's latest play for Radio 4 was commissioned as part of a season  to celebrate Muriel Spark's centenary. The Vital Spark; Intelligence is Radio Pick of the Week in the Daily Telegraph and Pick of the Day in the Times and Radio Times

'Writing a play about Spark is a bold task. It would have been so easy to get her so wrong...This brilliant play by Sarah Wooley feels utterly plausibly Sparkish' Catherine Nixey - Times.

'Sarah Wooley’s absorbing play is inspired by novelist Muriel Spark’s war work in the British “Black Propaganda” department of MI6. Just back from Africa following a divorce, Spark is hungry for experiences to use in her writing whether that means putting herself in danger during an air raid, socialising with German agents or seizing the chance to bamboozle the enemy by penning half-truths and lies to be broadcast on imitation German radio stations. Jessica Hardwick is excellent as the spirited author in a thought-provoking drama that uses conversations with her boss (Stuart McQuarrie) to explore the ethics of propaganda and by extension all fiction-writing.' Stephanie Billen The Observer The New Review 31 Dec 2017

'The fine young theatre actress Jessica Hardwick stars as the great Scottish novelist Muriel Spark in Drama: The Vital Spark: Intelligence (Friday, Radio 4, 2.15pm) by Sarah Wooley. It vividly portrays Spark's early career in the British Black Propaganda Department of MI6 during the Second World War. It was a job that involved what Spark called "a tangled mixture of damaging lies, flattering and plausible truths", and began her development into a writer. Stuart McQuarrie (Trainspotting; 28 Days Later) also stars as the propagandist Sefton Delmer'. Charlotte Runcie The Telegraph 30th December 2017

'In 1944 a young Muriel Spark moved to London with the intention of harvesting "experiences" to write about. The Vital Spark: Intelligence (Friday, Radio 4, 2.15pm) dramatises the result of this quest: Spark's work in wartime propaganda, writing scripts for a fake German radio station. "Whatever I do, I'll be prolific" she states. Well-written by Sarah Wooley, who presents Spark as ambitious but not self-satisfied. ✶✶✶✶✶' Financial Times 30th December 2017

​Click here for more information on the centenary of the birth of Muriel Spark.
​

​Sarah's latest play was broadcast on BBC Radio 3 on Sunday July 9th  as part of the ​BBC's Gay Britannia season and is now available to listen on iPlayer here. 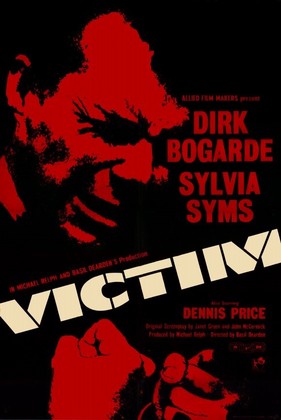 Victim was Radio Choice in the Times and

​Pick of The Day in the Radio Times, Daily Mail and Sunday Times

A drama about the making of 'Victim', the first British film to seriously address homosexuality.

This programme is part of Gay Britannia, a season across the BBC marking the 50th anniversary of The Sexual Offences Act 1967.

The 1961 film, starring matinee idol Dirk Bogarde in the gamble of his career, is often credited with helping to change public attitudes to homosexuality. This fast-moving drama follows the extraordinary mixture of bravery and pragmatism involved in getting this groundbreaking enterprise off the ground, providing a fascinating glimpse of Britain at a tipping point of social change. 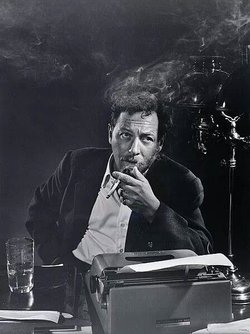 ​Tennessee Williams finds himself fighting for his reputation and his sanity when Bette Davis is cast in his play The Night of the Iguana.  Justin Salinger and Amelia Bullmore star.

Broadcast on Thursday 3rd December 2016 on BBC Radio 4. It was radio pick of the day in The Telegraph, The Express, The Independent and the Guardian. Click here to listen on iPlayer Radio
​
Click for Sarah's  BBC Writers' Room blog about discovering the story of composer Angela Morley 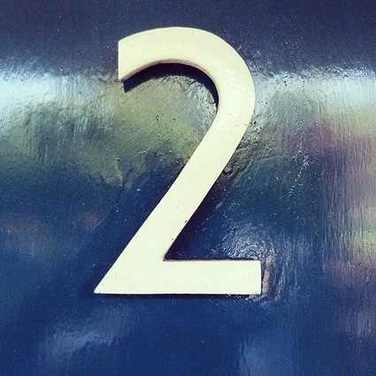 A comedy about neighbours, architecture, tradition versus modernism - and James Bond.

In the 1930s the Brutalist architect Erno Goldfinger bought a row of Georgian terrace houses in Hampstead. His plan was to knock down the houses and build a modernist dream home for his family to live in.

The only problem was, the neighbours.